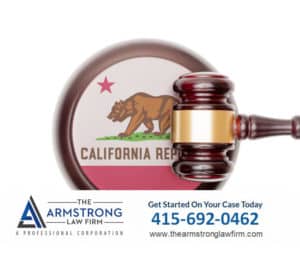 On August 12, 2013, the California governor signed SB 292 into law, updating California’s Fair Employment and Housing Act specifying what a person needs to prove when bringing a sexual harassment claim. The law comes in response to a 2011 court decision that many believed stripped employees of protection from sexual harassment in the workplace.

California’s FEHA protects the rights people to seek and hold employment without discrimination or harassment due to race, religion, disability, gender, sex or several other characteristics. The new law amends the definition of harassment because of sex to specifically state that sexual harassment need not be motivated by sexual desire.

The bill was specifically aimed at overturning the 2011 decision in Kelly v. The Conco Companies. The plaintiff in that case was a male apprentice iron worker who was subjected to a constant barrage of sexually explicit, vulgar and graphic insults and gestures first by his male supervisor and then later by co-workers. The man also reported that he suffered threats from his co-workers as retaliation after her reported the behavior of his supervisor to others in the company.

The man brought suit for sexual harassment and the company moved for summary judgment. The trial court granted the motion and the appellate court affirmed. The appellate court reasoned that while the behavior of the man’s supervisor and co-workers was crude and offensive, the man failed to present any evidence that they acted out of “actual sexual desire or intent” or in response to the man’s “actual or perceived sexual orientation.” As such, according to the court, the man could not sue for sexual harassment because he could not show that his harasser acted out of sexual desire.

Many believed that the court’s decision weakened the protections of the law prohibiting sexual conduct that leads to a hostile workplace. It also conflicted with a decision from a different appellate court five years prior stating that a plaintiff need only prove that he or she was treated differently because of gender in a harassment claim, not that the harassment was motivated by the harasser’s sexual desire. Proponents of the new law believe that it restores protections for employees that they lost with the Kelly decision and resolves the split among the courts about the standards for a sexual harassment claim.

Speak with an attorney